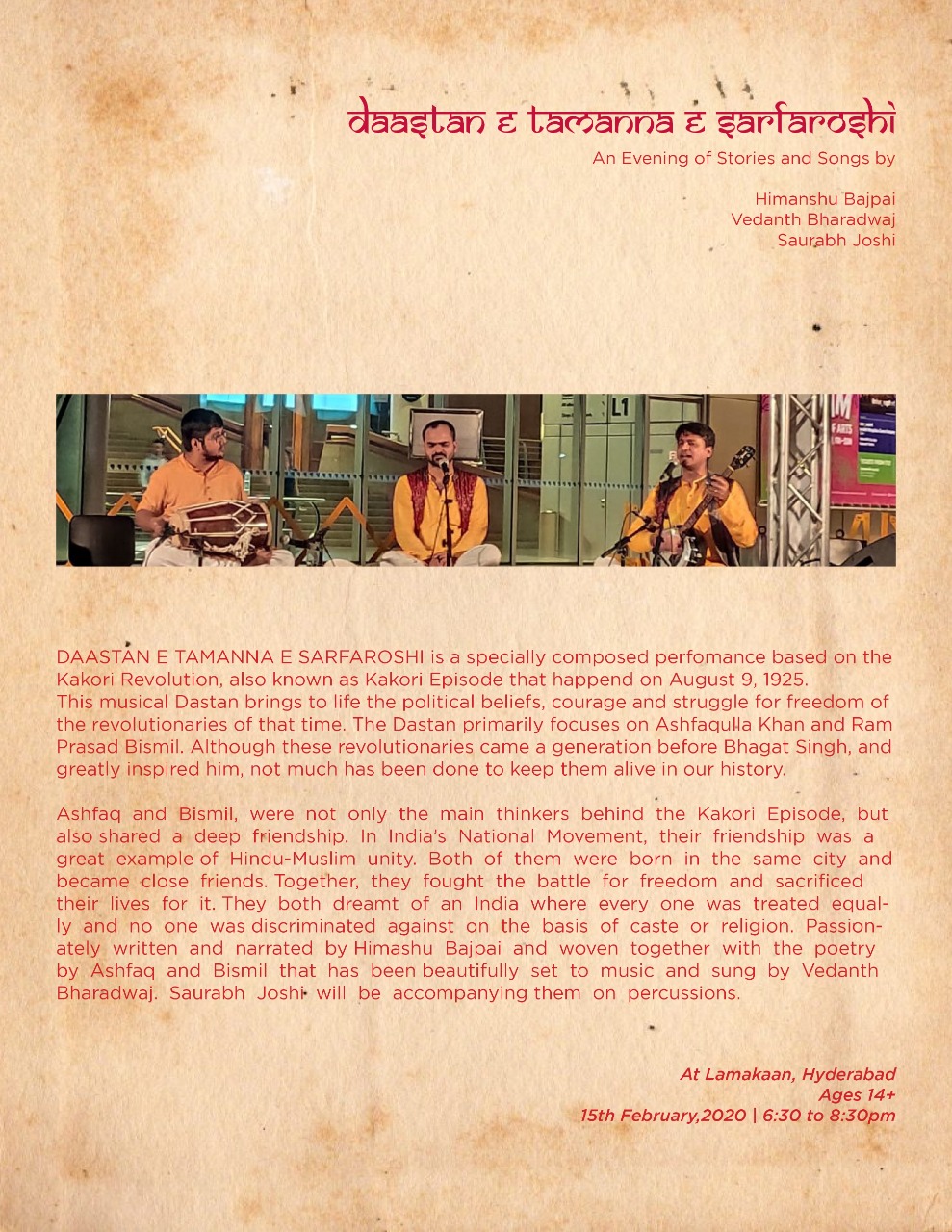 Dastan-e-Tamanna-e-Sarfaroshi is based on the Kakori Revolution, also known as Kakori Episode that happened on August 9, 1925. This musical Dastan brings to life the political beliefs, courage and the struggle for freedom of the revolutionaries of that time. The Dastan primarily focuses on Ashfaqulla Khan and Ram Prasad Bismil. Although these revolutionaries came a generation before Bhagat Singh, and greatly inspired him, not much has been done to keep them alive in our history. Ashfaq and Bismil, were not only the main thinkers behind the Kakori Episode, but also shared a deep friendship. In India’s National Movement, their friendship was a great example of Hindu-Muslim unity. Both of them were born in the same city and became close friends. Together, they fought the battle for freedom and sacrificed their lives for it. They both dreamt of an India where every one was treated equally and no one was discriminated against on the basis of caste or religion. Passionately written and narrated by Himashu Bajpai and woven together with the poetry by Ashfaq and Bismil that has been beautifully set to music and sung by Vedanth Bharadwaj. Saurabh Joshi will be accompanying them on percussions.

The event will be cond ...Read More »
6991
Bazm e Sukhan Urdu Meet Up
Lamakaan
This is an ONLINE event.