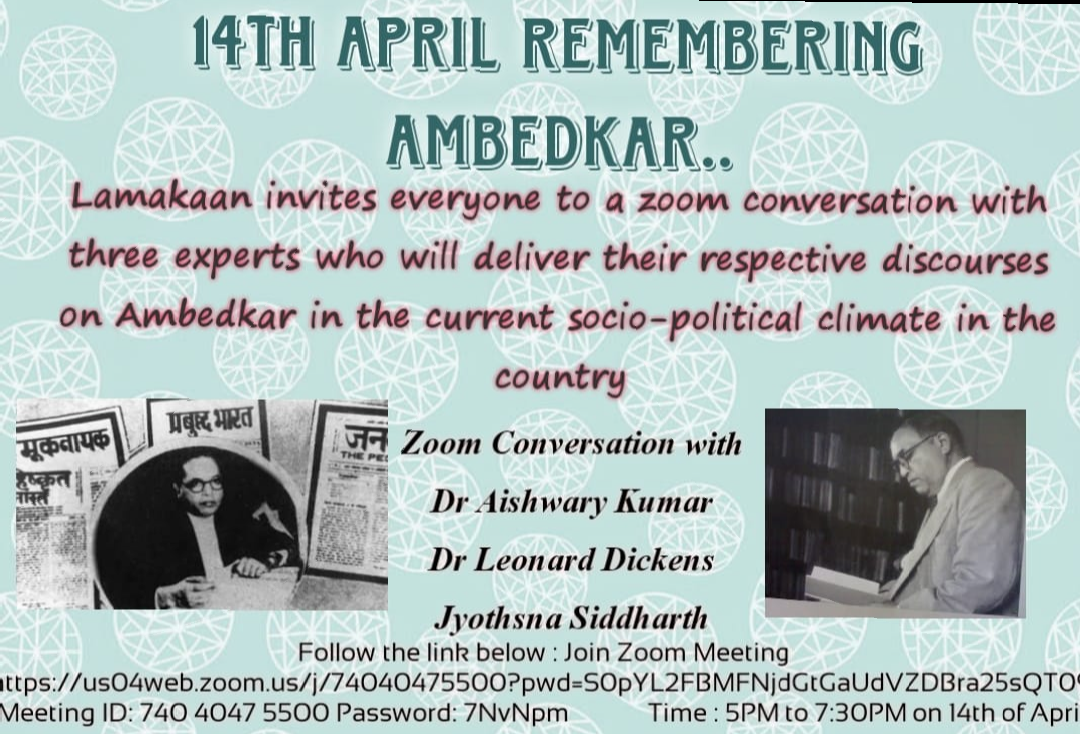 Remembering Ambedkar: It has been sixty four years since Bhimrao Ramji Ambedkar’s demise. Considering our current socio-political society, where discrimination against marginalized groups is rampant, it becomes even more important to understand and grasp Ambedkar’s ideas of equality and justice: the two values through which Ambedkar viewed democracy. Taking that into consideration, Lamakaan invites everybody to a zoom conversation with three experts who will deliver their respective discourses on Ambedkar and the current climate in the country. The speakers are as follows: 1. Aishwary Kumar: Dr. Aishwary Kumar is a professor at University of California and an intellectual historian of the Global South. His work engages a wide spectrum of issues in moral and political philosophy, history of political thought and inequality, political freedom and justice, and global lineages of self-determination, citizenship, and rights.

Professor Kumar will be speaking on the notion of segregation/quarantine and how Ambedkar employs them in his arguments on democratic crises.

Ms. Siddharth will be speaking on Ambedkar’s views on inter-caste marriages.

The zoom conversation will take place on the 14th of April from 5 pm to 7:30 pm.

Author Devika is inviting you to a scheduled Zoom meeting.